A blog Khmer that is a blog collects all Khmer culture today will show you some of Khmer dress that Khmer people always use in Khmer wedding party. 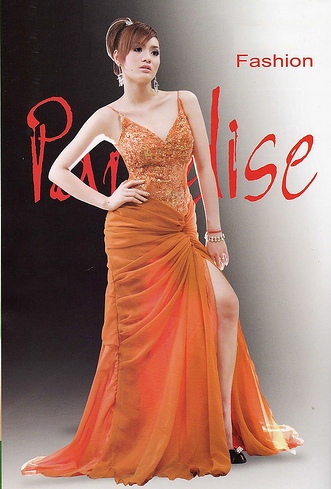 This is a nice Khmer dress is mostly used to join Khmer wedding party in Cambodia.

This is also a nice Khmer dress too that we are mostly used to join Khmer wedding party in Cambodia.

Khmer wedding symbolize the beautiful legend of the origin of Cambodia and parallels the marriage of the first Khmer prince, Preah Thong, to the naga princess, Neang Neak. The prince was a foreigner exiled from his homeland, and during his travels encountered and fell in love with the naga princess. As a marriage gift, the father of the naga princess swallowed a part of the ocean, and thus formed the land of Cambodia. 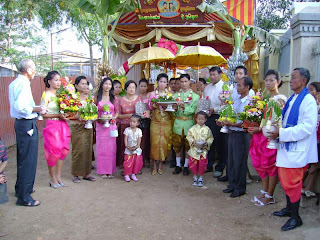 Unlike most Western weddings, guests are usually highly animated during the ceremonies, with elders typically explaining the significance of the various customs to the younger generation. Please feel free to turn to a neighbor if you should have questions or comments about what is occurring. You may also stand up and leave the room if you need to stretch your legs. Guests freely move in and out during ceremonies, which is not considered rude.
Posted by whisper-from-heart at 12:11 AM 4 comments:

Blog Khmer is a blog for all owners of Cambodian website or blog can join together to share all your knowledge or your idea to the world.
Posted by whisper-from-heart at 8:40 AM 6 comments:


If you need a link with us, please contact us now by email: theangkor[@]yahoo.com or connect with : Facebook